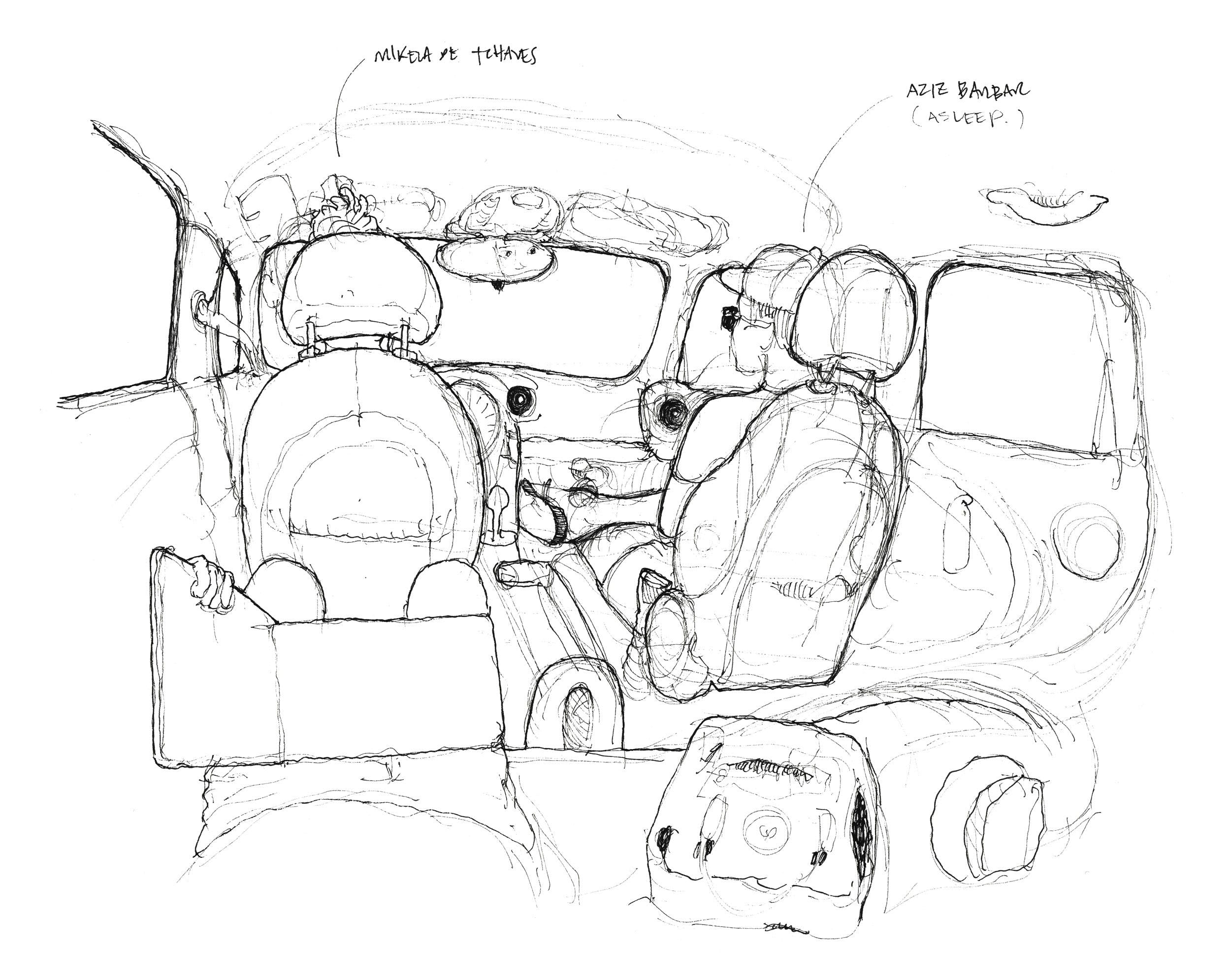 The windy road to Korakonisi

Mikela was holding the wheel. Aziz was her co-pilot.

They drove her car to Zakynthos all the way from Athens.

The Mediterranean sea was in front of us as we descended a windy road among bushes.

We'd rented an AirBnb to stay in Drosia, the top-floor of a two-story house of the nicest Greek family.

I still remember the joy I got when Aziz and Mikela showed up. I hand't seen them since our last trip to the snowy mountains of New England, where we went snowboarding and skiing with our squad.

This time, far from Cambridge, we wore swimsuits and sunglasses.

I left my rental car at the AirBnb and joined them in Mikela's car. As we approached the sea through a bumpy and windy road I started getting dizzy while trying to capture this scene.

We finally arrived at Korakonisi's rocky beach, and set camp in front of the immense natural arch, which I recall climbing up to a little wooden hut with Captain Gabour and Giorgos later that day.

Our only concern was to sunbathe, swim, climb, and chat.

Who wouldn't go back there?

‹ Older
We are out of face masks
Newer ›
What do apples and software have in common?