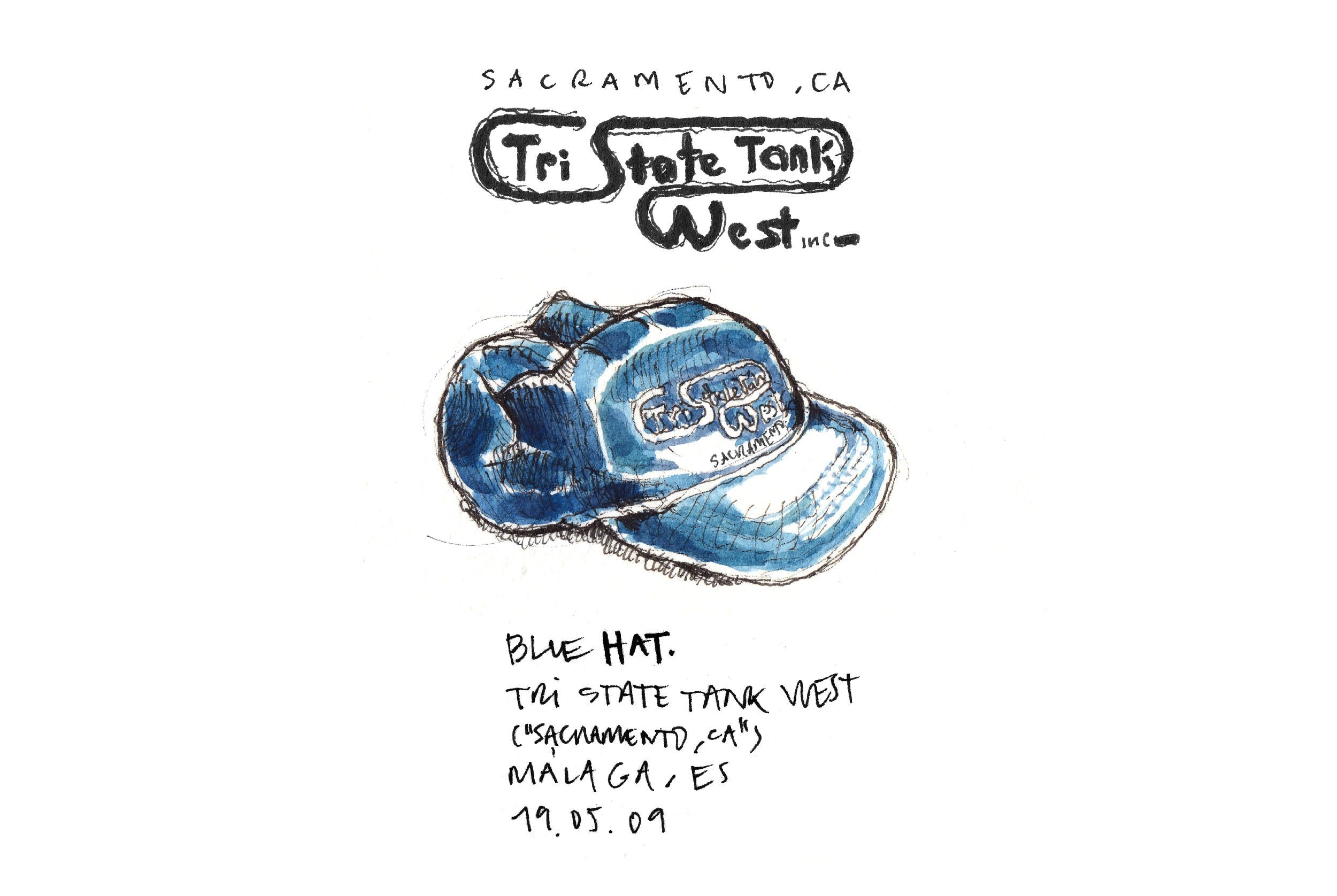 In 2011, I found this blue hat in a thrift store in Raleigh, North Carolina. Looks good! I thought to myself while trying it out in front of a mirror—I bought it for seven dollars.

Even though I remember owning (and wearing) hats when young, I was not a big fan of hats during my teenage years, probably, because I had short hair and I don't like to wear hats when my hair is too short. It wasn't until I started letting my curls grow—and found this blue hat—that I started wearing them.

Ever since I bought it, this has been my hat. I've wore it on sunny and cloudy days, not only while living in Raleigh but on trips around the world, including Australia, London, Spain, Greece, Cambridge, and many, many other places. (I also wore it in this short film recorded in the desert of Almería.)

Now, I have it here with me in San Francisco, California. After eight years, it's getting old. So it might about time to get a new one.

‹ Older
The zine
Newer ›
I see Clary St from my window