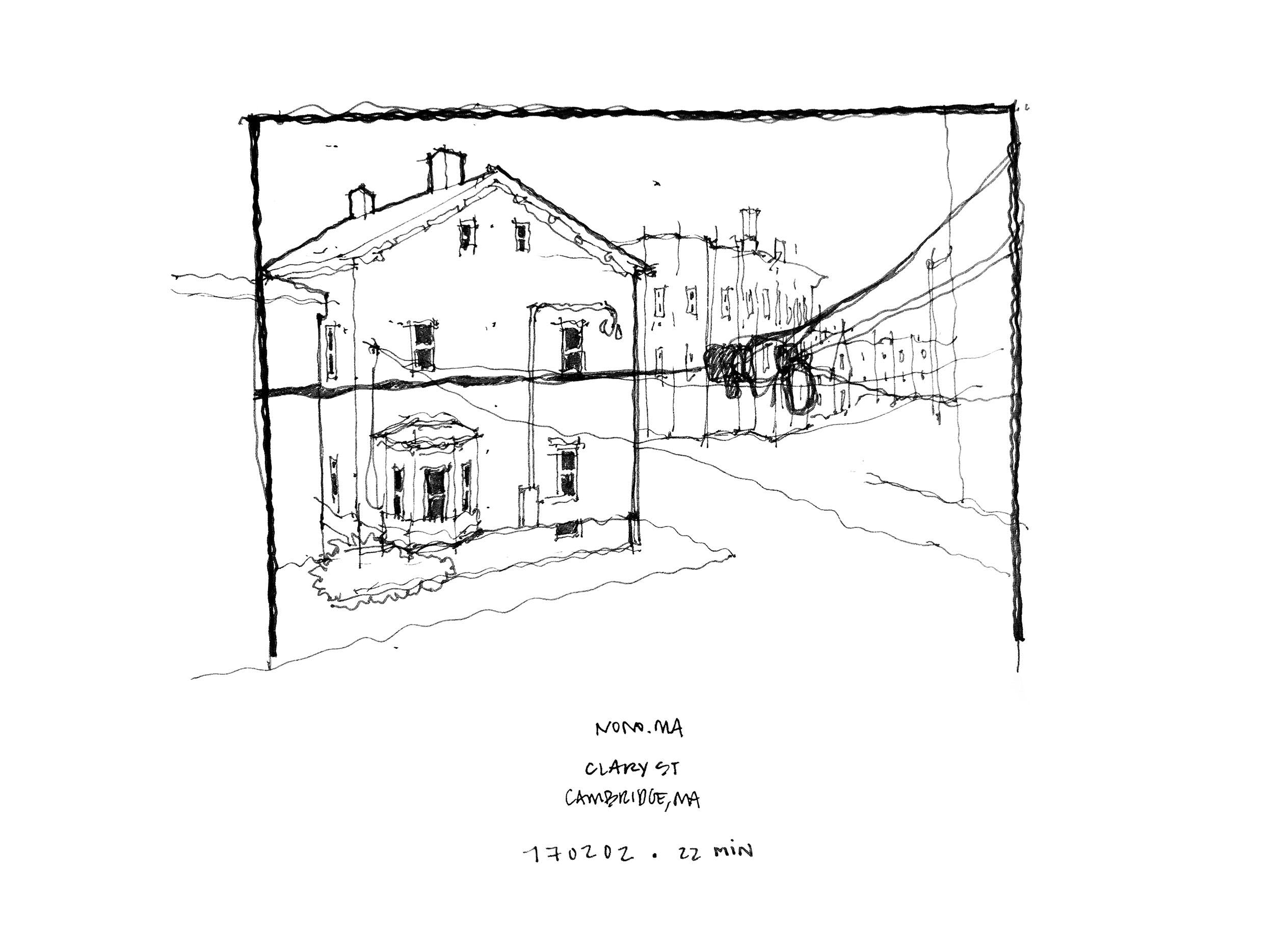 I see Clary St from my window

It snowed two days ago, the snow melted yesterday, and Cambridge is sunny today. With clear skies, temperatures go low.

I had been learning Go programming all day and needed a break. My first thought was to go for a walk or sketch outside, but I didn't really felt like going outside in such cold weather, so I decided to draw the same house my mom had sketched six months before from my window. I didn't notice the amount of cables until I sketched them.

I wrote those words the morning of February 2, 2017, right before sketching this view from my desk. A year and a half before, in August 2015, I would arrive to our shared student apartment in 8 Clary St, Cambridge, Massachusetts.

My room was a spacious studio originally meant to be our living room, one of the most special places I've lived in that became my home for the three winters to come. I probably spent thousands of hours meditating and starring out of my bow window, talking on the phone and working at my desk—a two-and-a-half-meter-long kitchen top from IKEA, finished in beech, sitting over two black table legs.

Looking out the window, I've seen my girlfriend, family, and friends—including roommates and podcast guests—get home; my bike locked to street signs; random passersby walking along Prospect St; and the white snow cover the streets in winter.

I captured my room and a few other spaces in Cambridge the months preceding my departure in the form of 360-degree virtual reality panoramas that I revisit from time to time using a simple Google cardboard set. I keep surprising myself with the power of these virtual reality scenes—which include sound and imagery—to bring me back to Cambridge. If only for a second, I'm fooled into thinking I'm still there; biking from Clary street to Harvard and then to MIT, commuting to Boston Seaport, or simply hanging out with friends for dinner. Sweet memories.

I'm not sure how many times I looked out that window, but looking at these sketches sparks joy.

‹ Older
My blue hat
Newer ›
It's all fine