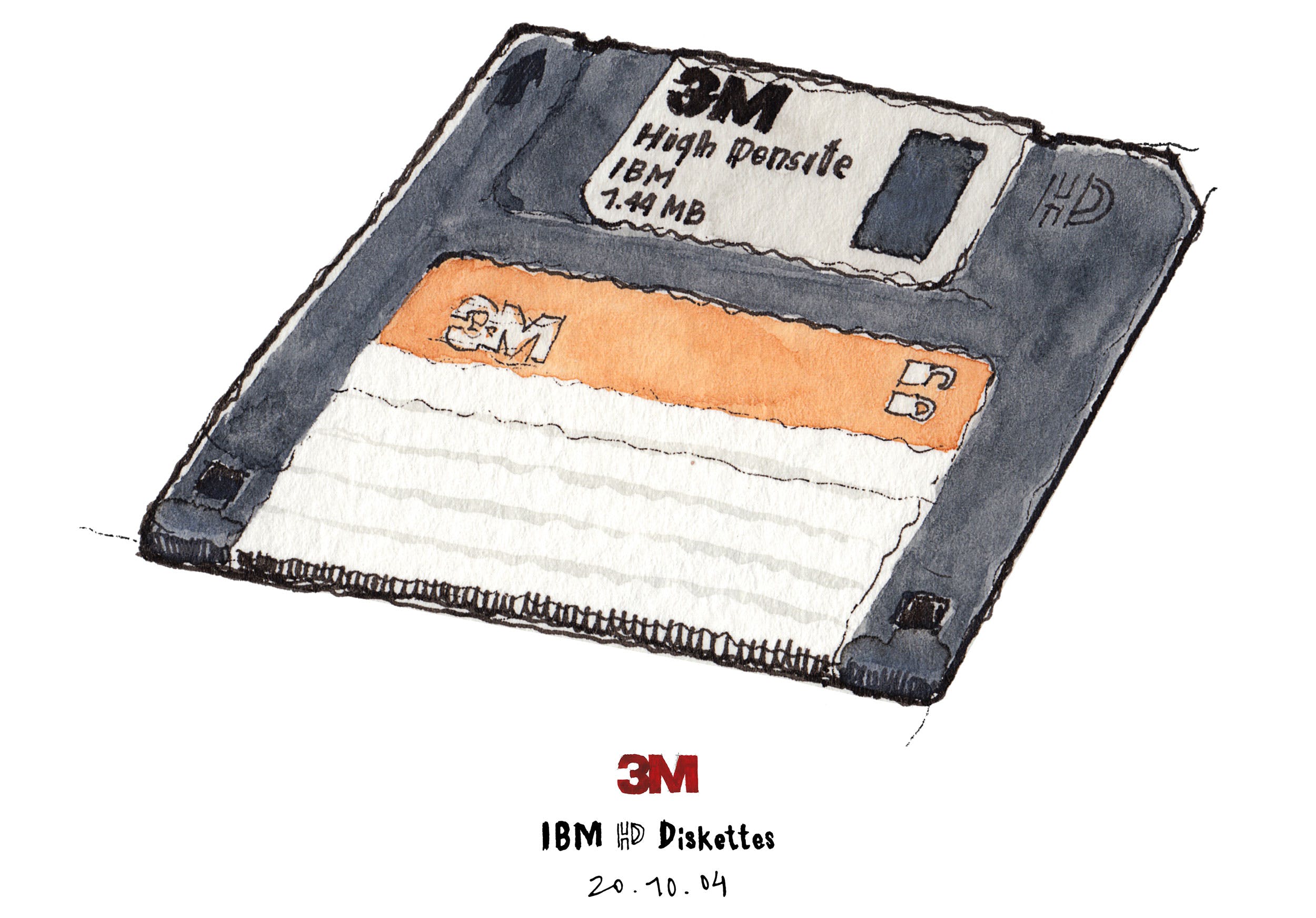 The compact disc—the CD—was co-developed by Philips and Sony back in the 1980s.1 This format was initially developed to store and play music but was then adapted to what we know as the CD-ROM to store data as well, and other formats followed that allowed us to read and write different kinds of data.

In 1995, Microsoft shipped Windows 95 as a CD-ROM and also as a pack of 13 or 26 floppy disks for compatibility with older computers that didn't have a compact disc reader. The entire Windows 95 operating system was only around 22 to 24 megabytes. (More than four times smaller than Instagram for iPhone!)

Priced at dozens or hundreds of dollars, software used to come packed in a huge box. The lucky software, the one that could afford the development costs, would update every couple of years. Windows 95, for instance, released a few updates and patches in 1996 and 1997, while Windows 98 was cooking.

The transaction happened at a physical store where we were buying something tangible: a program packed in a box.

The Office Suite—Microsoft Word, Excel, and PowerPoint—was bought in a box and installed in your machine with a CD. Every time you formatted your computer or bought a new one, you would come back to those CDs and re-install the software. Office 2003. 2009. 2013. These updates demarcated the appearance of file formats and new functionality that wouldn't work in older versions.

Today you buy a phone with a set of preinstalled apps and, right at your fingertips, you have an app store. With a payment method, you can make a transaction with a finger tap, your fingerprint, or a scan of your face. The app starts installing right away. Maybe free, maybe a couple of dollars. This world is cheaper but gets more and more expensive as we transition into a subscription model. And stores are not only on your phone but on your tablet, laptop, browser, and even on your photo camera or game console.

We get notified of new versions of the apps we use daily. And there's a culture of constant improvement in which applications like Dropbox, Spotify, or Uber release a new version weekly or bi-weekly to keep up-to-date.

At any stage, software bugs can be introduced, existing ones fixed, and new functionality added. We used to have a program that would continue to work the same way for years. But we now have what's called liquid software. Ever-changing code and hundreds of version numbers. (Dropbox is up to version 107.4.443 as I write these lines!)

We're in an era of constant updates, and there's no way back. If there's a bug today, we expect a fix tomorrow. A patch, an update. The problem comes when we can't say no and need to keep programs up-to-date to run on the latest operating systems that would otherwise stop functioning.

In the mobile world, there's a chance that you never upgrade and use a fixed set of functionality. But the web is different. When you load a website, it might have been re-deployed. A new version, updated seconds ago, runs in your browser. The red button you used yesterday to send an email might have changed its place, color, or shape overnight. A piece of functionality you liked (or the annoying bug you had yesterday) might suddenly go away.

An alternative might be to use custom systems or systems with slower update cycles in which backward compatibility is a priority.

Yet it's unlikely we'll ever go back to the once-a-year update, the diskette, or the CD.

‹ Older
If it can be automated, it will
Newer ›
Ask me anything