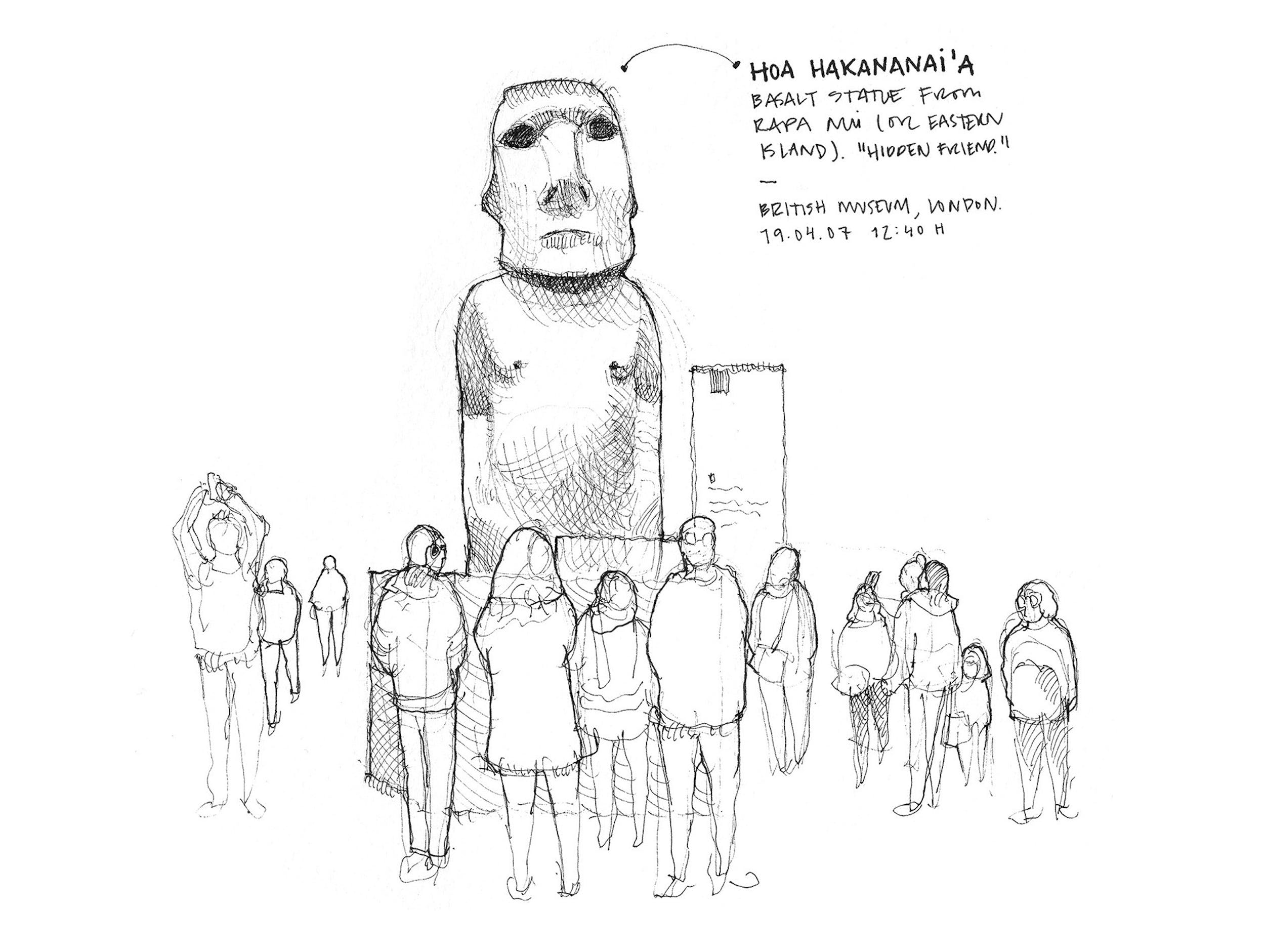 Surrounded by tourists in the Wellcome Gallery at the British Museum, sits this stolen Basalt stone statue, around 13,638 kilometers away from its original home in Rapa Nui1—a Chilean island also known as Easter Island—where it was taken by the British around one hundred and fifty years ago.

This moai figure, labeled as Hoa Hakananai'a ("hidden or stolen friend"), is said to be "one of the most spiritually important statues of the Chilean island's stone monoliths."2 And the Rapa Nui want to bring it back home.

I kept wondering who decided to bring this huge piece of carved stone to London, and why. According to the British Museum's website, the figure was "collected" by an expedition to Rapa Nui commanded by captain Powell in 1868 and given to Queen Victoria, who then gifted it to the British Museum.3

What do you think?
Should our stolen friend go back home?