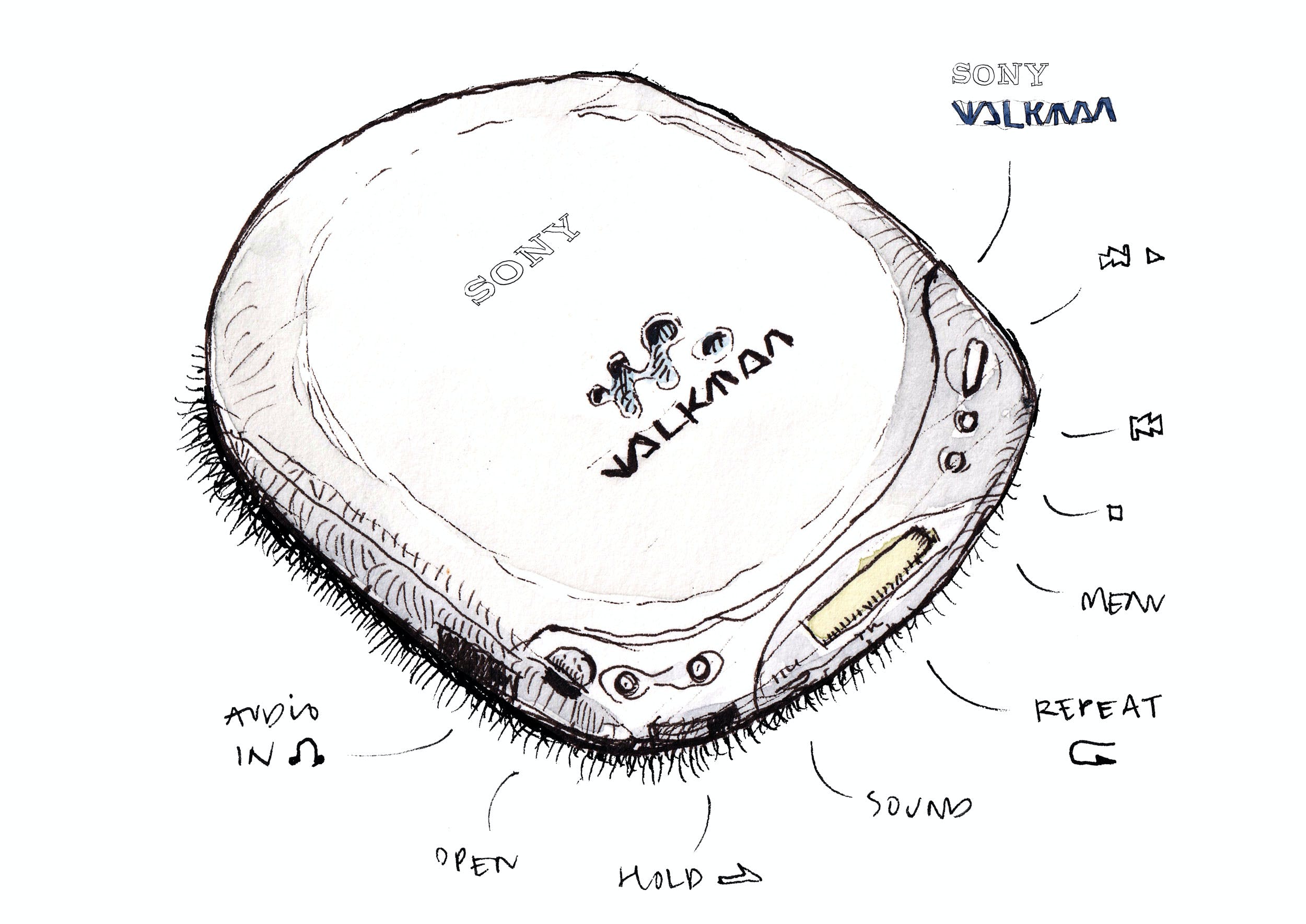 Do you remember when music was sold on compact discs? The amount of audio that could ship in a CD was limited to 74 minutes and later extended to 80 minutes. Some albums will be sold with two, three, or four discs to be able to pack more songs. This limitation made it essential to select the contents that were going to be shipped carefully.

Nowadays, we have unlimited audio available in our pockets, and we don't even need to think how much we ship or even its length. YouTube makes millions of hours of video and audio available, and streaming services like Spotify provide us with an immense catalog of music and podcasts available to us without worrying about where the music is stored. With enough time and internet bandwidth, we can stream anything.

In the 2000s, I got a portable CD player, the Sony Walkman E-220, which I didn't get to use that much with the advent of the internet. It still works, and it looks as new. Apart from the standard playing function—which plays all the tracks on the CD ones—this device could play songs on repeat mode, looping over the entire disc in order; on shuffle mode, looping through songs in random order; or on single track mode, playing a single track repeatedly. The number of songs we could carry with us was limited, and we paid for each new album. Streaming services and the internet let us bring with us millions of songs today.

There is a little arrow symbol that seems to have stick until today—it shows up on Spotify and other digital music players. The arrow goes left, down, and right, and it means you're going to be looping through a specific block of audio; a playlist, an album, or a song.

Can you imagine situations in which you may want to play a song over and over and over? I want to share with you a habit I've been practicing for many years. Listen to this Getting Simple episode on looping playlists.

‹ Older
Mini-retirements
Newer ›
Do you have something to say?

Hi. I'm Nono. I host Getting Simple—a podcast about how you can live a meaningful, creative, simple life—sketch things that call my attention, and write about enjoying a slower life.