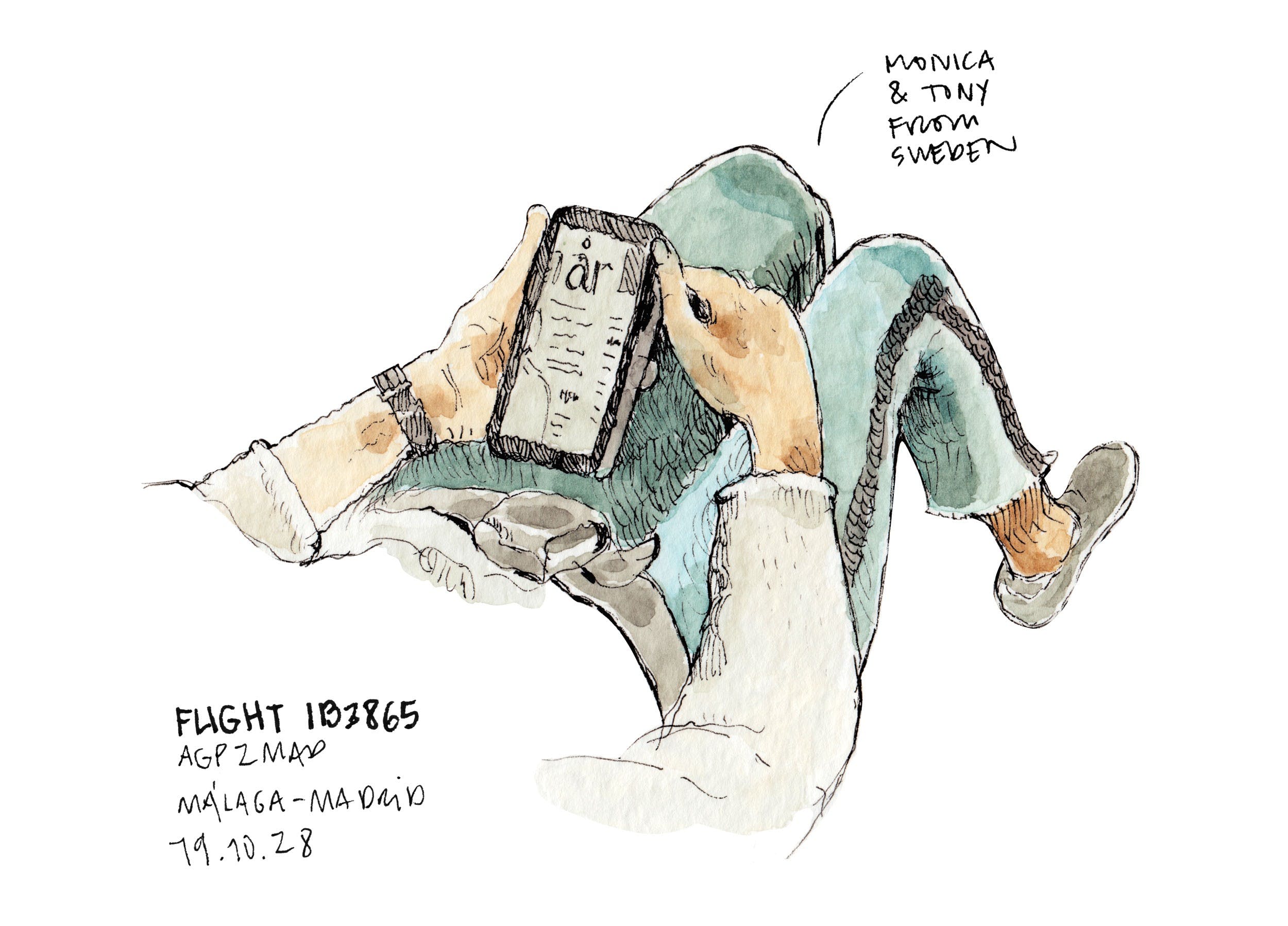 Everything is an ad

We love to think we're in control of what we think and how we think about it, and we are often convinced we can ignore ads. But our brain is easily fooled and can't avoid reading a short sentence or processing an image when put in front of us. In this short essay, I invite you to think differently about what happens in your brain when you're exposed to an ad—which, broadly speaking, can be anything from a TV commercial to a vague recommendation made by a friend.

Listen to Getting Simple. Take this sentence, for instance. It's a command. It's a suggestion to listen to a podcast that I just put in your mind. Even if the Getting Simple podcast didn't exist your mind has to decide whether to listen to it or not.

I learned of an experiment in Thinking, Fast and Slow1—a book by Nobel Prize-winning Daniel Kahneman—in which participants lying in a brain scanner were shown a picture of the eyes of a terrified person for less than 2/100 of a second. Participants were not aware of the picture but their brain was. "One part of their brain evidently knew: the amygdala," says Kahneman. "Images of the brain showed an intense response of the amygdala to a threatening picture that the viewer did not recognize." 2

The media—newspapers, radio, television, even a friend or your favorite blog—expose us to the latest news, trending topics, products, and brands which end up occupying space in our brain. Even when you're not paying attention (and ads don't trigger a purchase or a sign-up) the mere exposure slowly makes what you see and listen feel more familiar.

"Familiarity breeds liking." Daniel Kahneman refers to this phenomenon as the exposure effect. "Words that you have seen before become easier to see again—you can identify them better than other words when they are shown very briefly or masked by noise, and you will be quicker (by a few hundredths of a second) to read them than to read other words." 2

If you hadn't read Getting Simple before, you have now. And the phrase will be easier for your brain to process—and like—next time you read it. That's why Netflix and HBO keep showing you their logo (and distinctive sound) at the beginning of each show. After eight seasons of Game of Thrones, HBO's intro inevitably sounds familiar, and it is this familiarity that links the watching experience throughout HBO shows and episodes. If this happens to you as it does to me, that's the feeling you get when you start watching something on Netflix.

It's foolish to believe you can simply ignore ads. Every mention and suggestion and recommendation put in front of you slightly alters your perception of whatever it is they're talking about. You might just not be aware of it.

Hi. I'm Nono. I host Getting Simple—a podcast about how you can live a meaningful, creative, simple life—sketch things that call my attention, and write about enjoying a slower life.